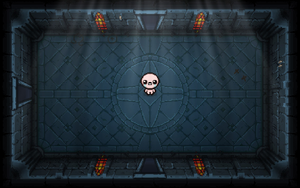 The Cathedral is one of two unlockable floors following

Scarred Womb, the other being

The Cathedral has only one floor, and the boss is always Isaac.

The music for the Cathedral is titled Everlasting Hymn.